Neuland Fifty Years of Passion, from Germany with Pride!

Over the many years, Guido Neuland have provided so much, not just in terms of financial support and supplies to our conferences, but most importantly his advice and support as we have worked through the various stages of building a robust international, professional association. Guido’s experience in working with visual practitioners in all phases of professionalism and in all parts of the world have offered invaluable insight and advice for how we pave the way for the future of this blossoming industry. Verena Hanke-Neuland; Guido’s wife, played a key role in the visual community and in the company by mastering the art of making connections and build bridges between the visual practitioners, the industry and their needs.

Our organization couldn’t be more proud of our partnership and it’s a privilege to celebrate the 50th anniversary of the company that represents so much to us. The positive impact that Neuland has on our community lies way beyond the markers and amazing Graphic Walls, it’s been developing a bigger and stronger visual community worldwide.

On a personal note, I had the privilege to attend the Neuland Fifty Years of Passion celebration in Bad Hersfeld, Germany on October 6th with six fellow Neuland Ambassadors. It was a humbling and lovely experience to meet the extensive Neuland family from the founder to the following generations, team members, suppliers, staff, colleagues, and re-sellers. I’ve never felt so welcome and part of a family in one night like that.

To celebrate the Neuland’s Fifty Years of Passion we share with you a brief interview with Guido and Verena and some pictures of the celebration. Enjoy! 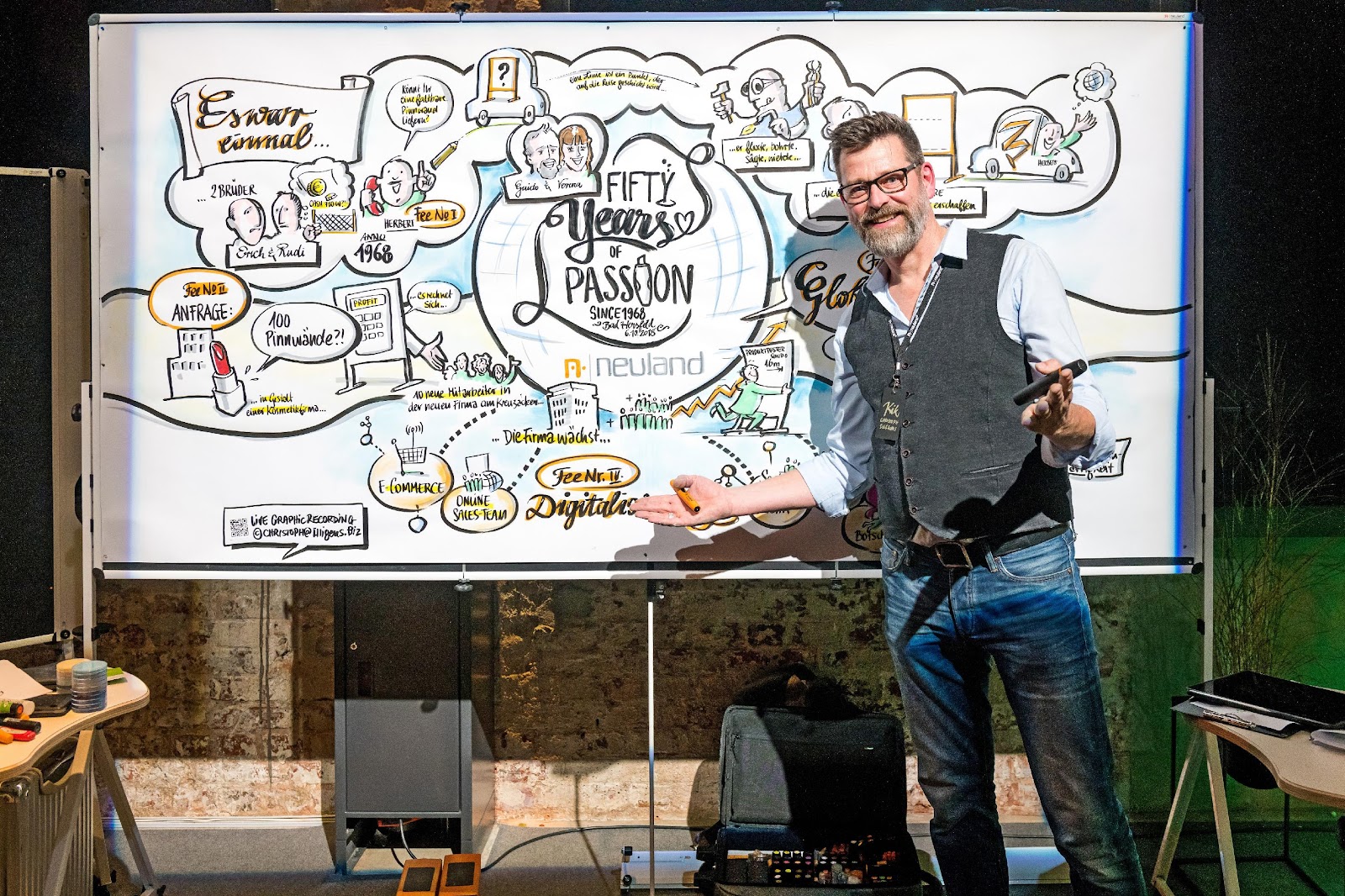 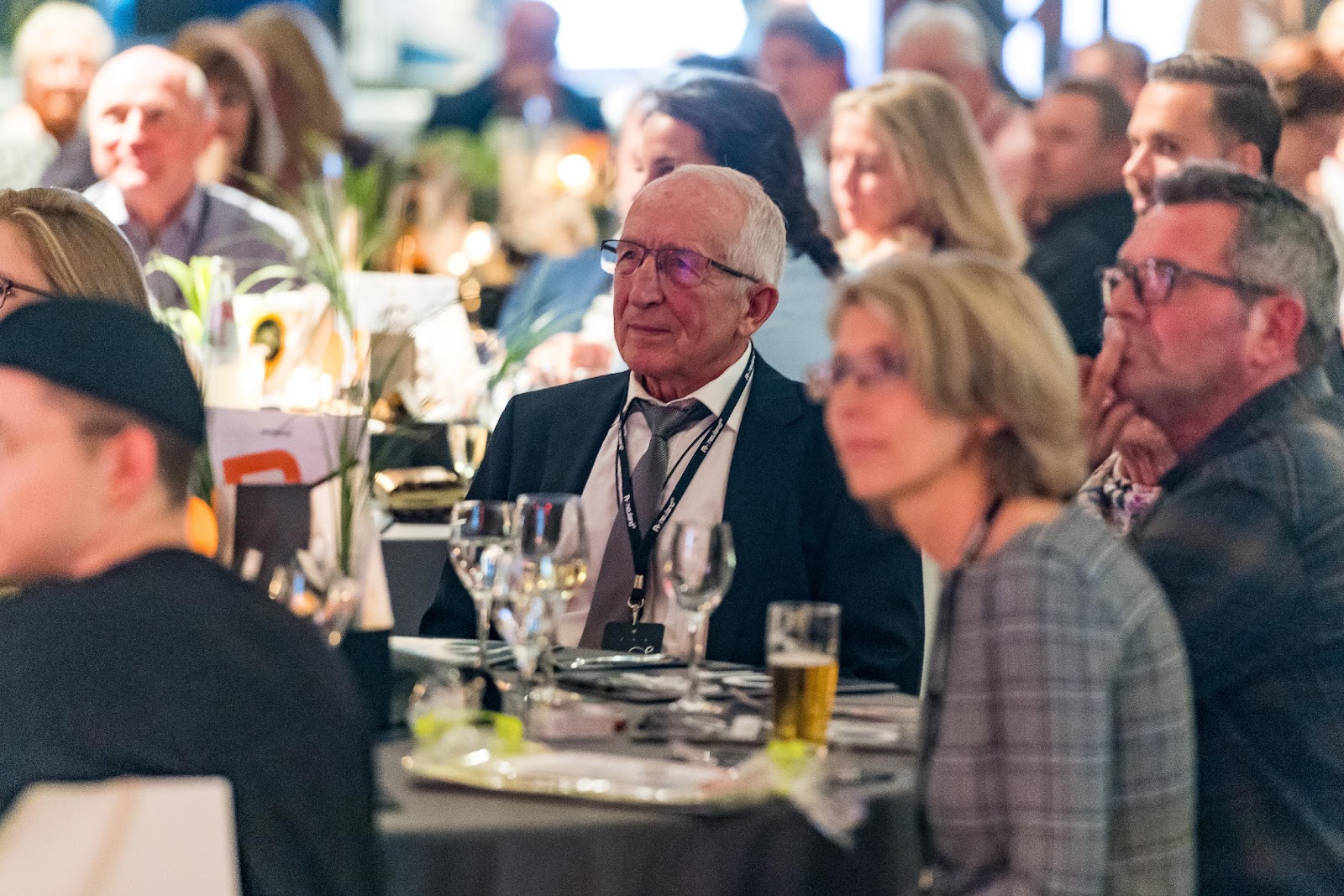 Erich Neuland – one of the founders of the company. Photo by Daniel Günter 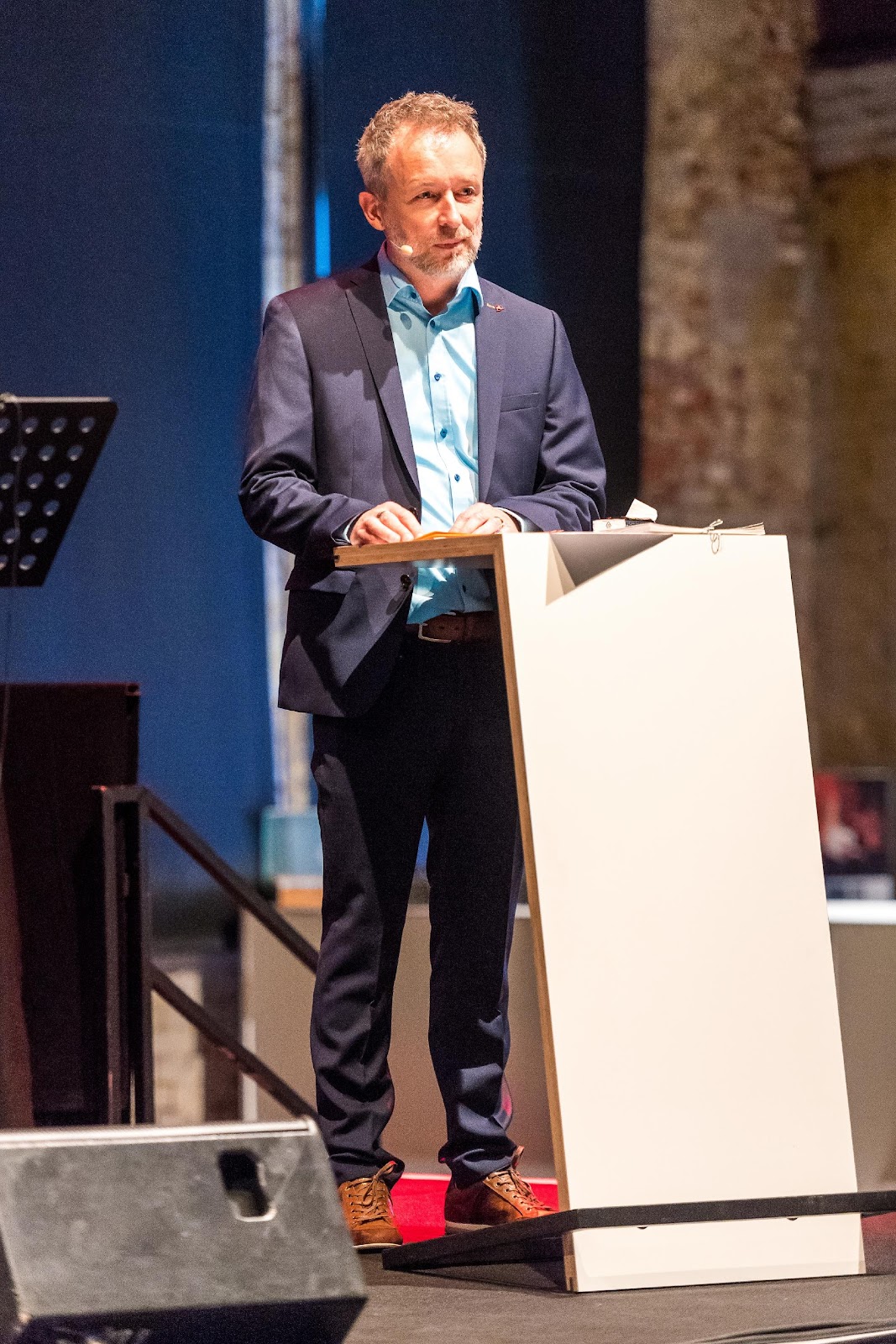 Guido, how did it all start and what were the most important events in the history of the company?

Please don’t be surprised if I tell you that Neuland has already started "Neu" (German word for new) several times. For the first time at the end of the 60s when the brothers Erich and Rudi Neuland started their own business in the construction industry – more or less in the garage of the residence in Künzell. Later, as the company grew larger, we moved with a detour through Fulda to the industrial area in Eichenzell. Fences, porches and sunrooms were built here until the end of the 1970s.

A simple phone call ushered in the second new beginning: the call of an independent management trainer, a former German armed forces comrade of my uncle. He needed help with the construction of a foldable pinboard.

My father, the inventor, built the prototype that same weekend. After it had passed its baptism of fire in a training, it came to the fabled order of 100 such panels. Erich and Rudi Neuland quickly identified this business as very lucrative and sold the existing business to a competitor. The new company building was built just a few hundred meters away in in the same industrial area. Here they concentrated on pinboards, flipcharts and other dialogue tools.

Neuland experienced another realignment about ten years ago. The first GraphicWall, a virtually endless expandable pinboard for  graphic recordings was added. Our Neuland markers have been steadily expanding our product range in the following years. Today, Neuland® is internationally recognized as the leading supplier in this field. We are proud of that.

What are you planning for the future?

We want to be free to reinvent ourselves again in the future. As you can see, this has done us very well in the past. In addition, our vision is to bring the Neuland® brand to life in different places around the world. We want to start in Eichenzell – with our "brand world". At over 300 square meters, we are creating a paradise for trainers, coaches and visual practitioners You can look forward to yet another Neuland® beginning. 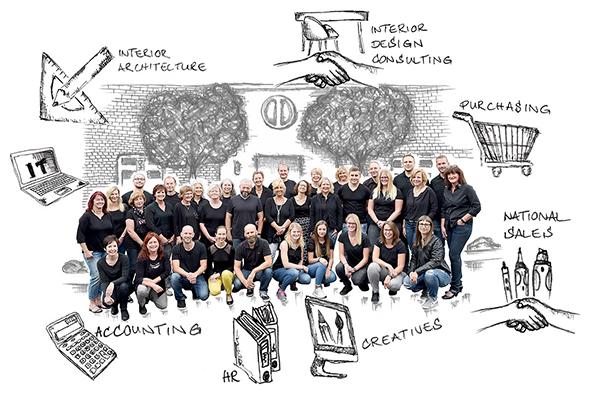 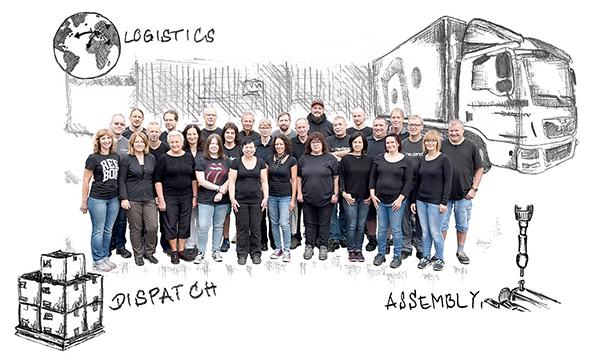 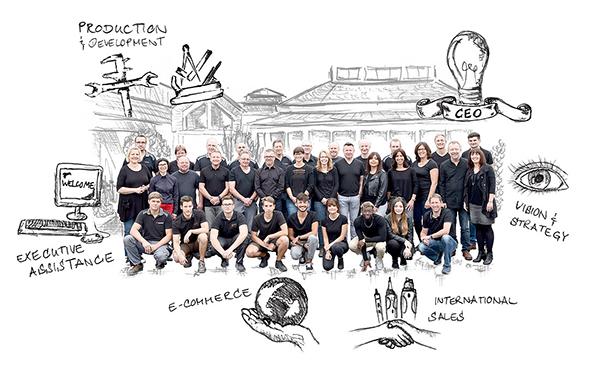 Can you tell us more about the „Neuländer“?

That’s an interesting question, and shows, that you’ve been in conversation with some of our employees. They call themselves „Neuländer“ and there are 140 of them in our company in Eichenzell, Germany. Some of them have been working in the company for over 30 years now. Right before the big birthday party we took some pretty cool photos of all the Neuländers. There’s one group picture for each of the buildings the different teams are working in. 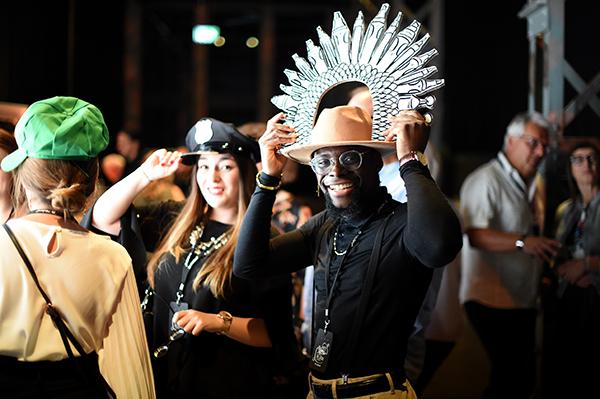 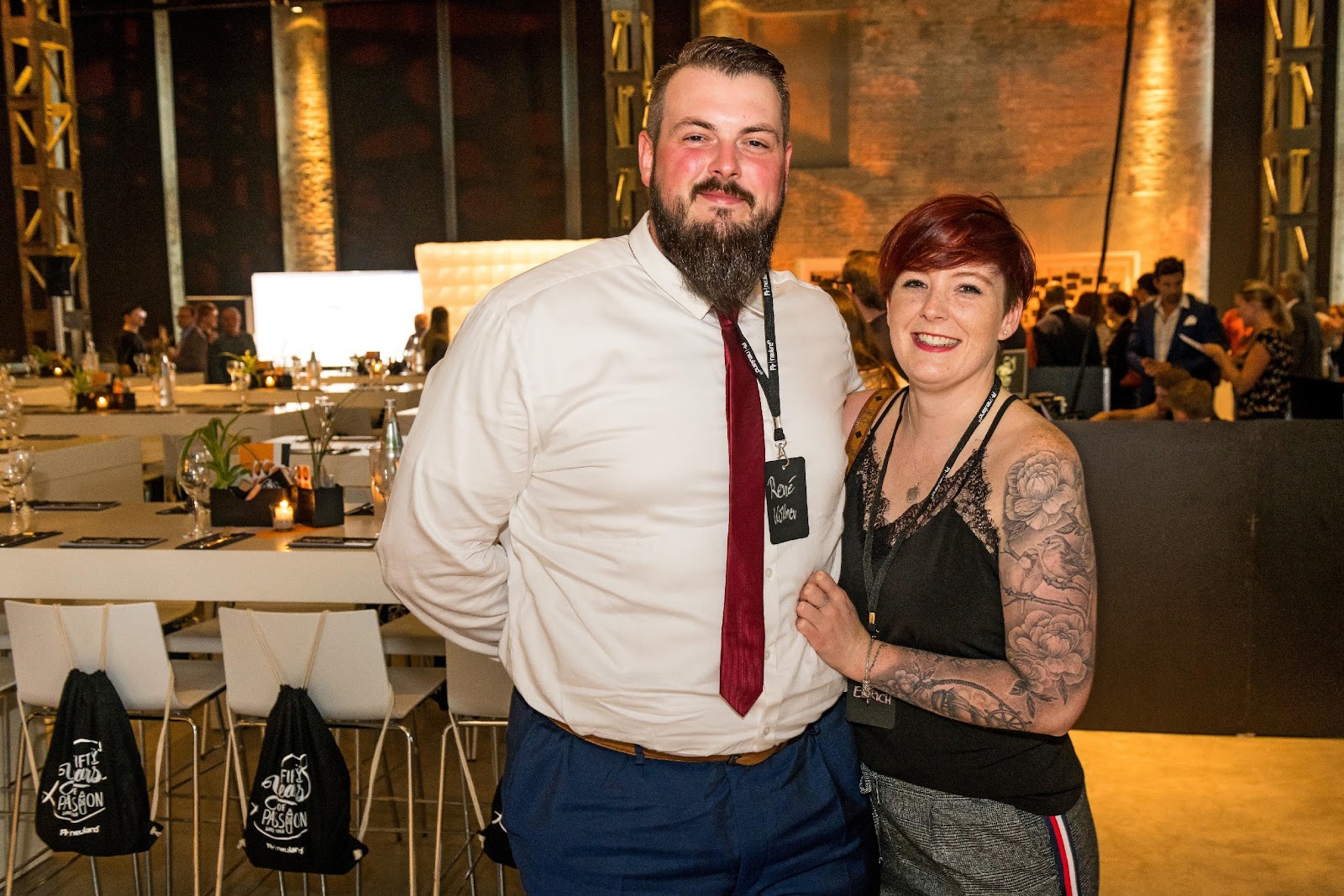 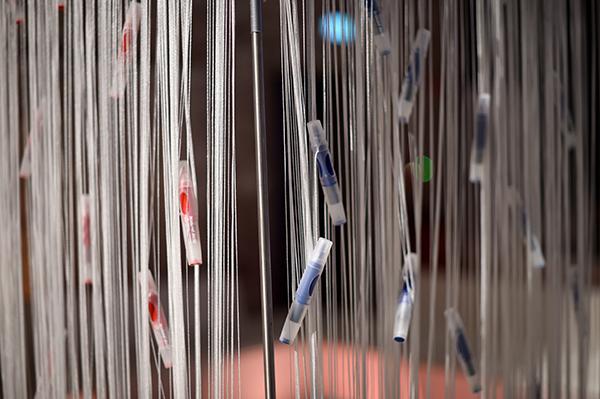 How would you describe Neuland’s culture?

Listen to the fairies. Welcome them and treat them respectfully.

Be thankful. Keep your two feed on the ground. And treat others the way you want to be treated yourself.

Be aware of our diversity - and the wonder of successful collaboration. Respect that others have other perspectives. 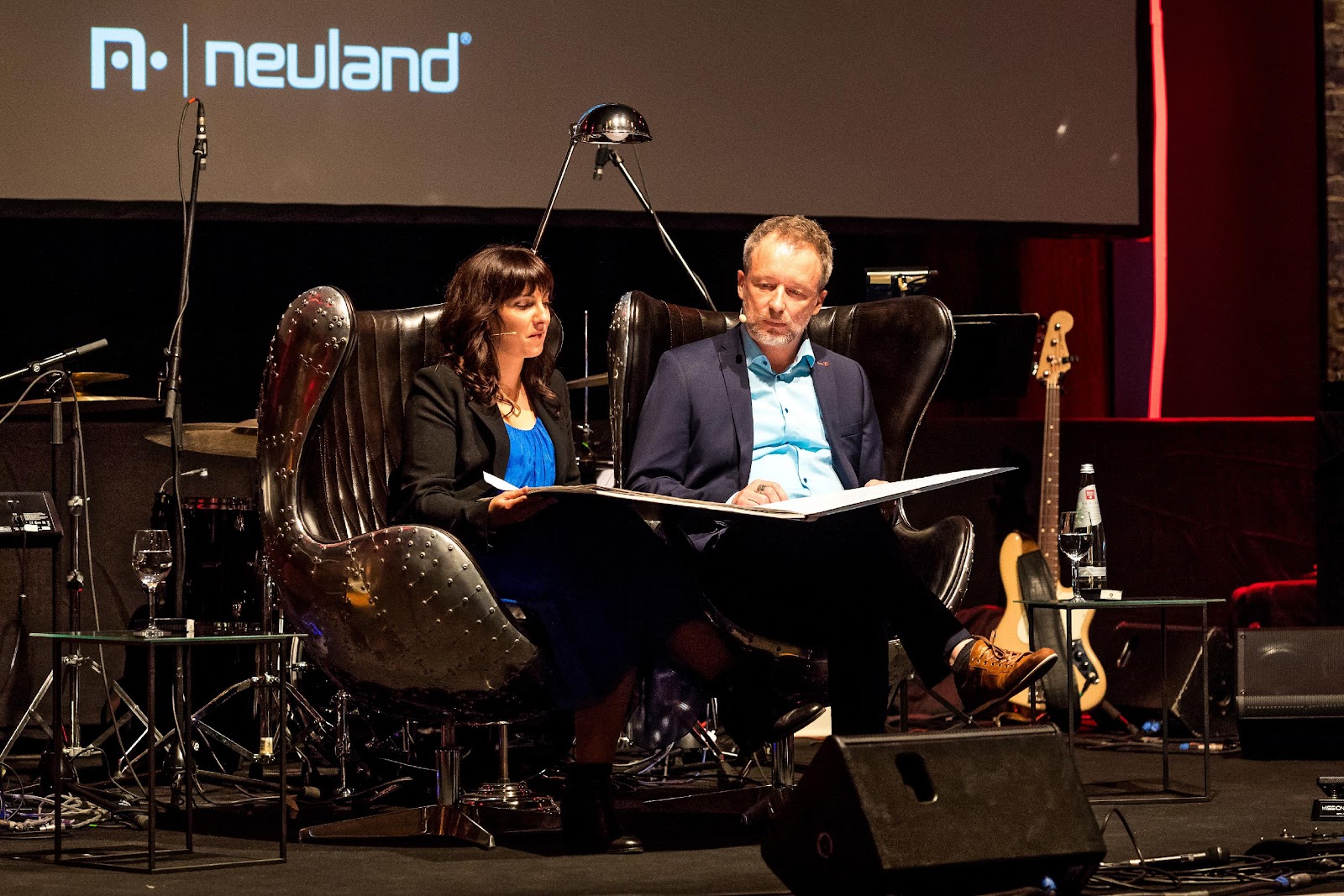 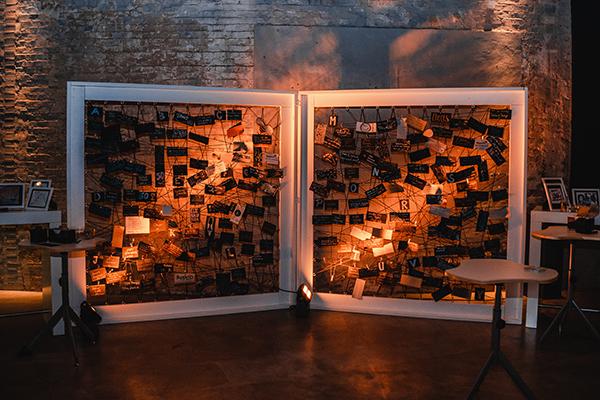 Hand written cards made by Verena and Guido for each of the 250+ party guests! Photo by Tim Rath

What do you love most about your job, Verena and Guido?

We love to be creative, let ideas flow and see how real products grow out of quick sketches on paper. We love to work in a meaningful business - we’re producing tools for people that help others to understand each other better. So our products have an impact – they make sense. And we love to see the products spreading out all around the globe. 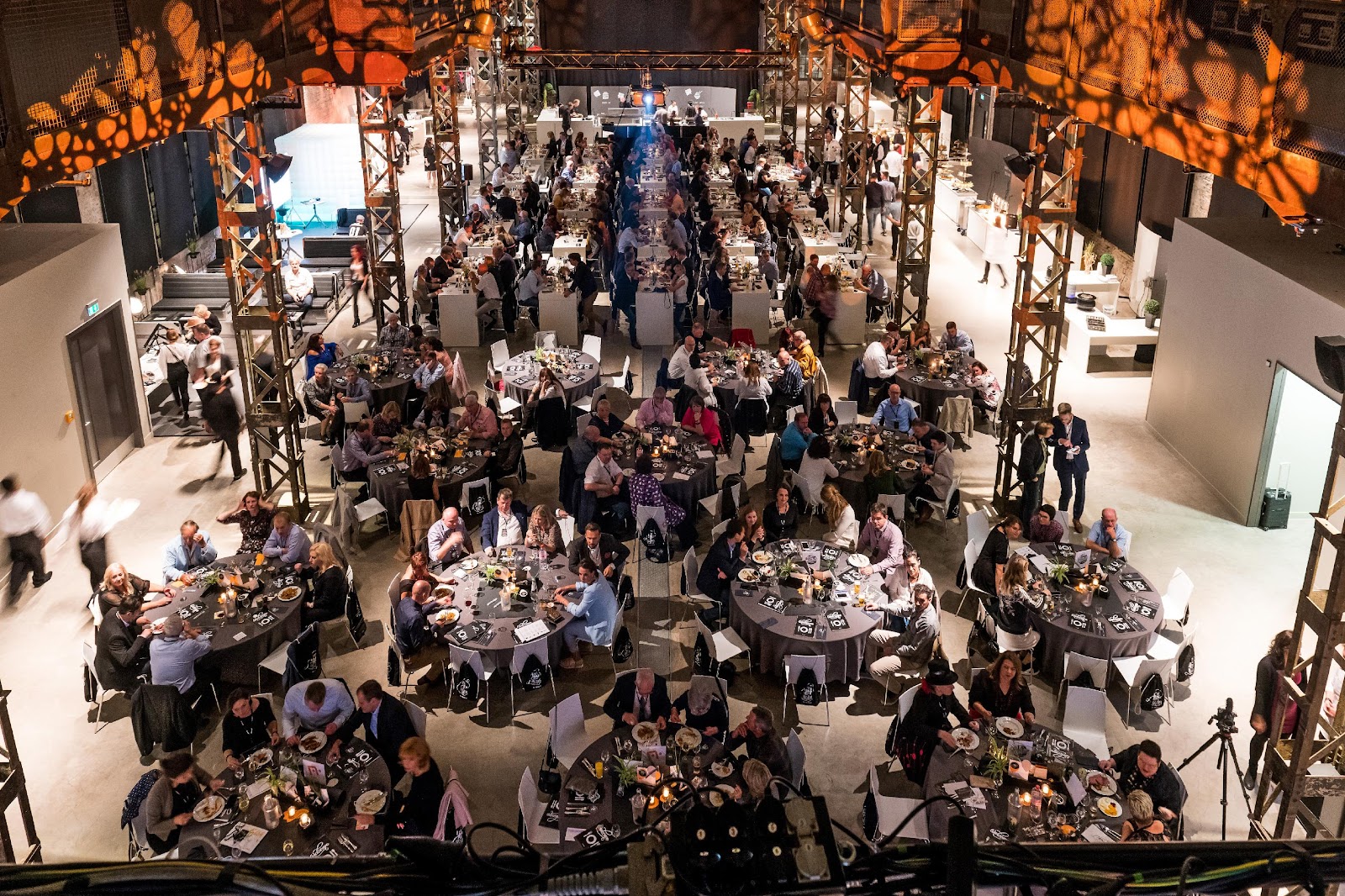 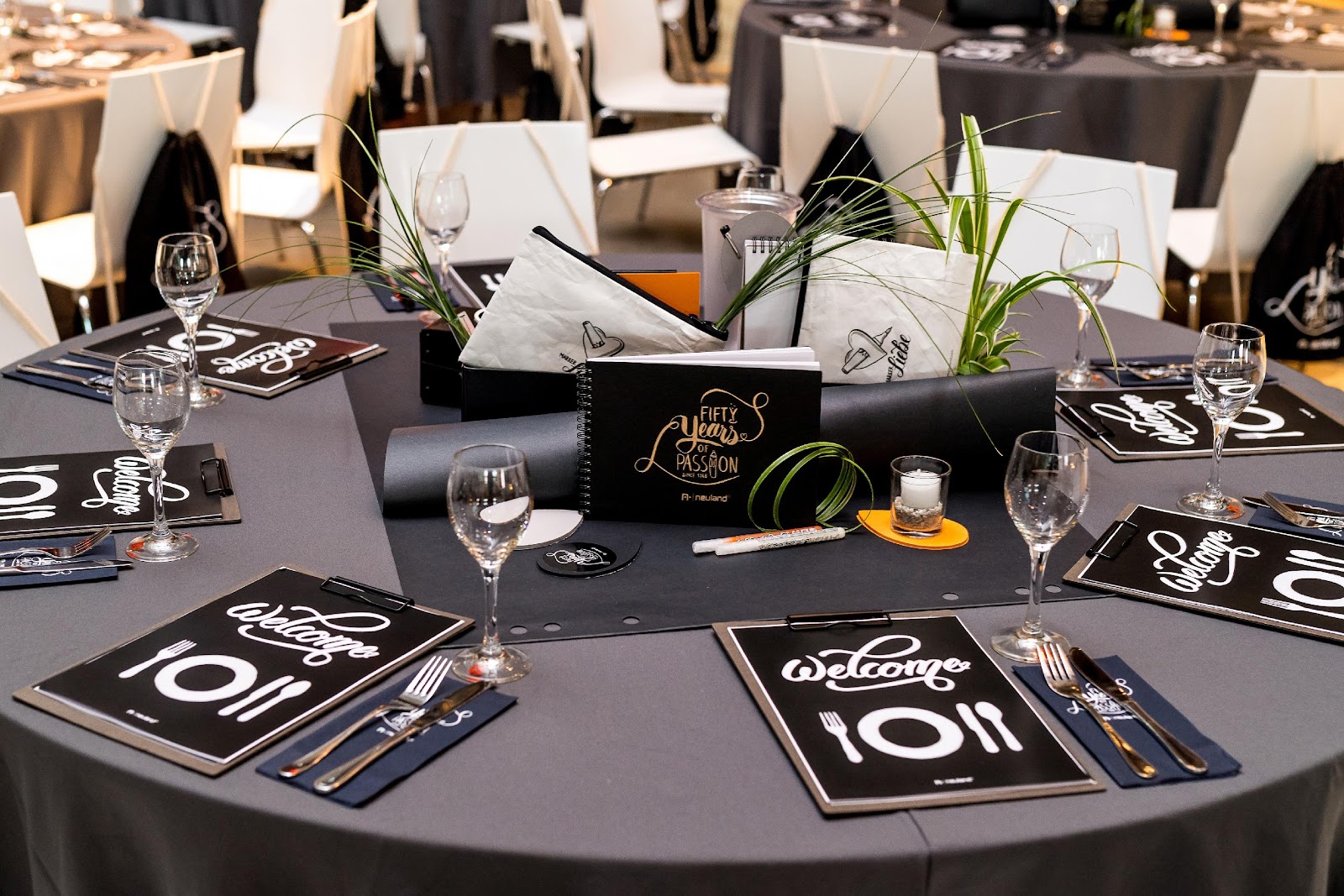 One of a kind centerpieces, Neuland products to play!Photo by Daniel Günther 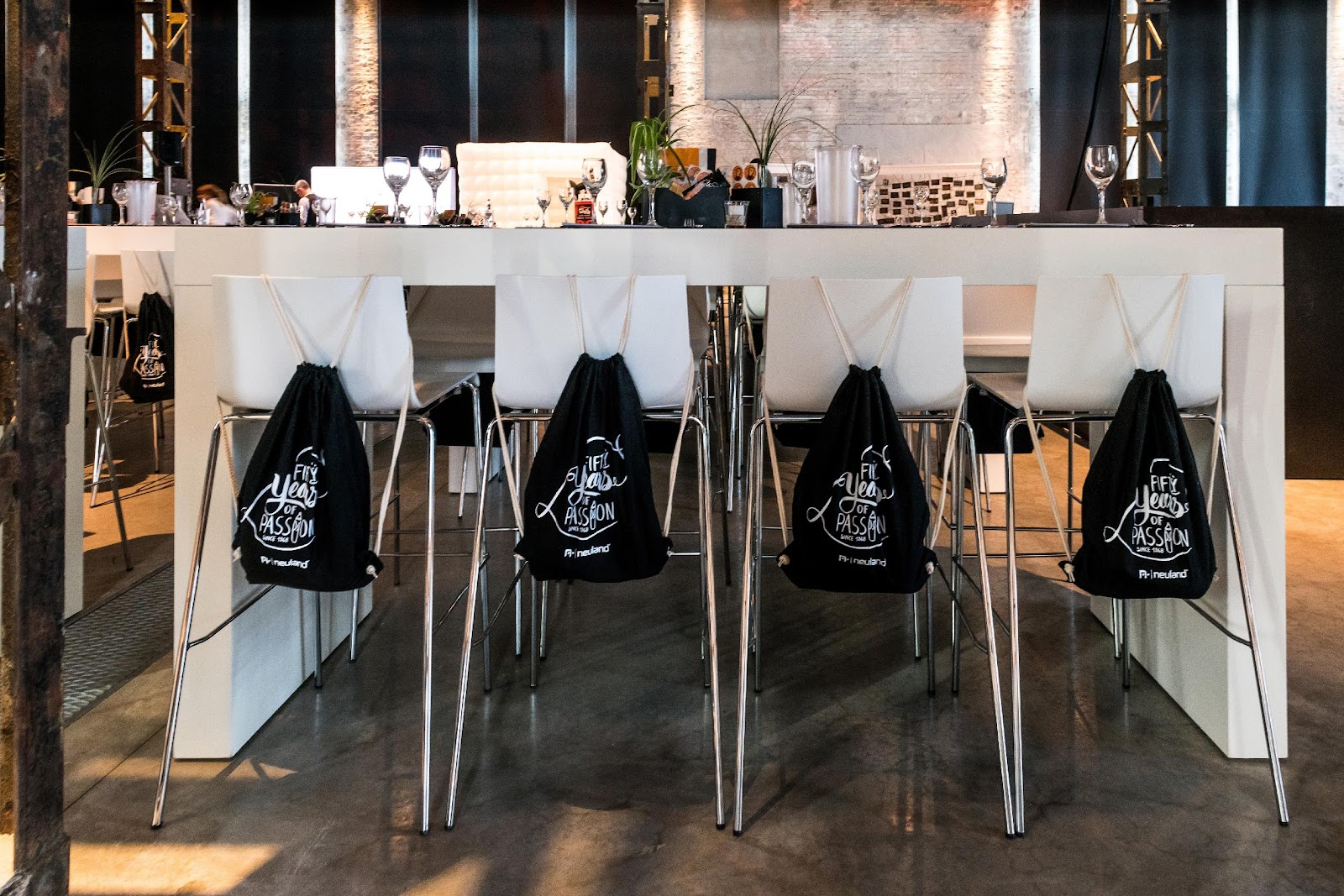 What would you like to highlight about your connection to IFVP members?

In 2010 Neuland attended the first IFVP conference (in Redwood city)  - that was eight years ago. And we felt so very welcome from the very first minute. Four years later we organized the first European conference in Berlin (the EuViz® 2014) together with the Kommunikationslotsen, co-hosted by the IFVP. We were delighted, when two ladies continued the EuViz® journey and decided to host the second conference, the one in Denmark 2018. In all these years we’ve had so many good and fruitful conversations with IFVP members. And we found friends there - likeminded people we love spending time and exchanging ideas with. Anywhere in the world. 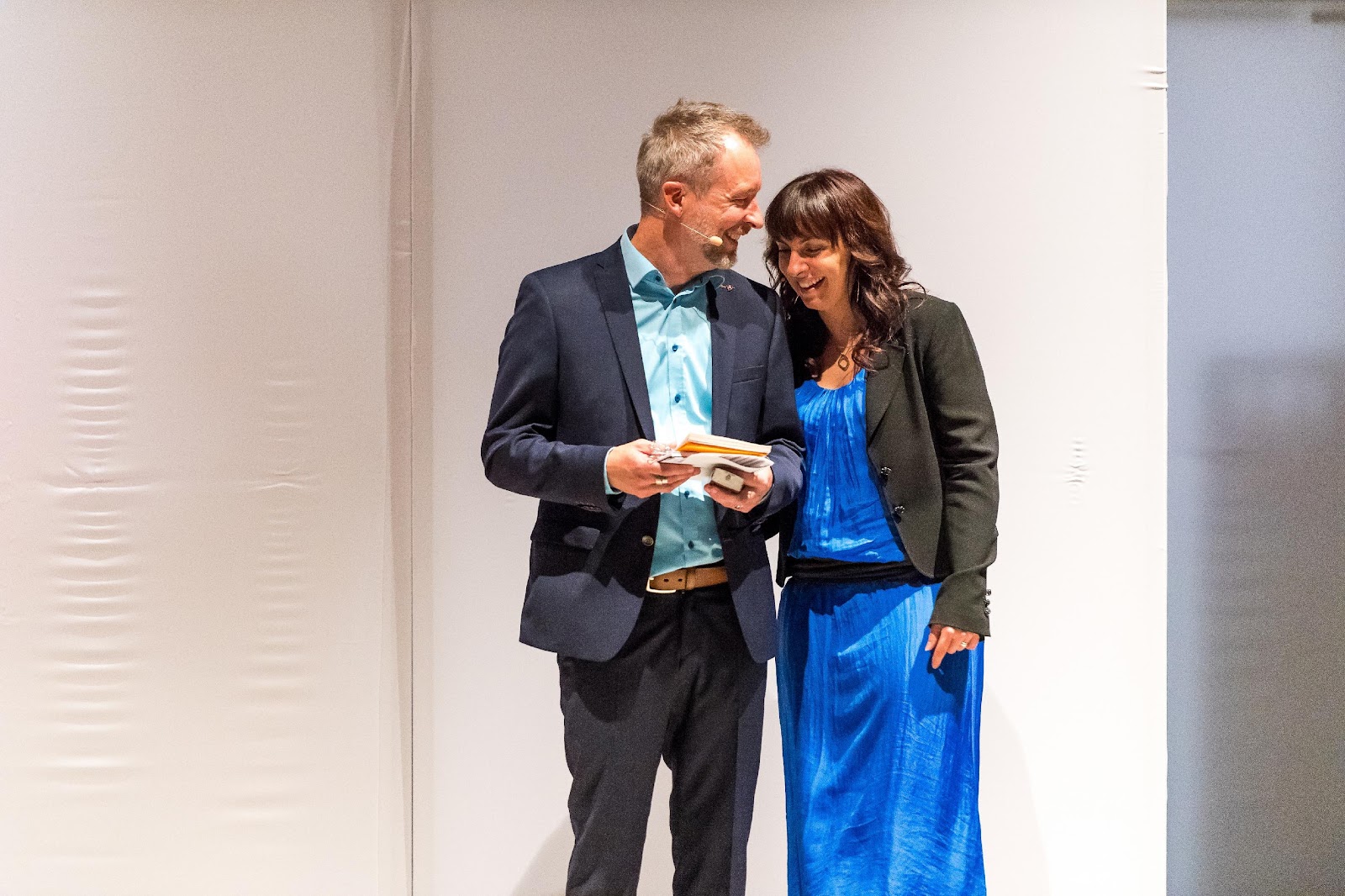 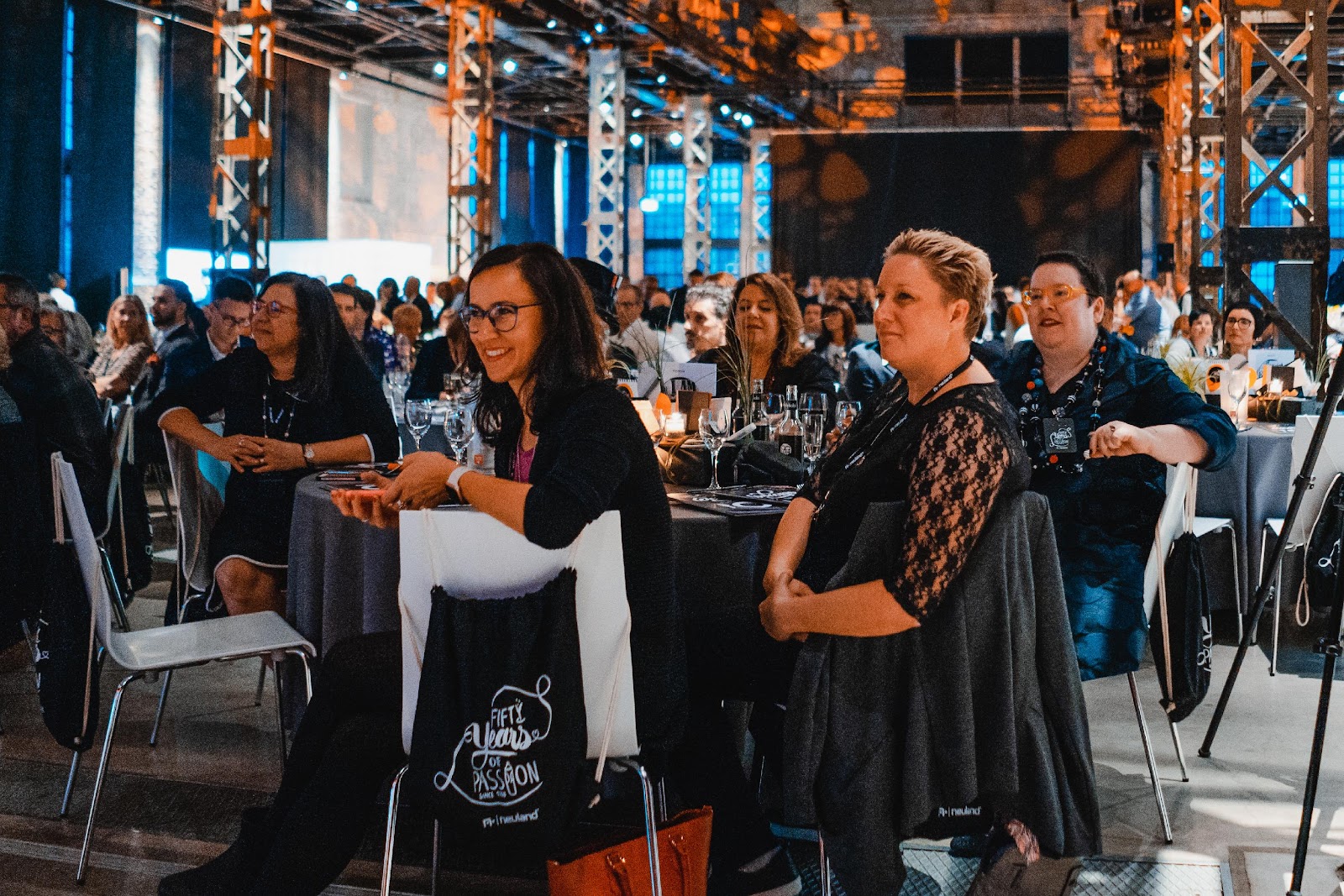 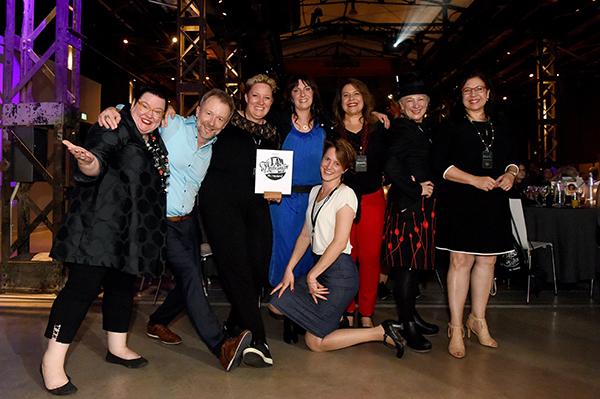 What three words you would use to describe Neuland’s relationship with the IFVP?

May we use four words? Then our answer would be: 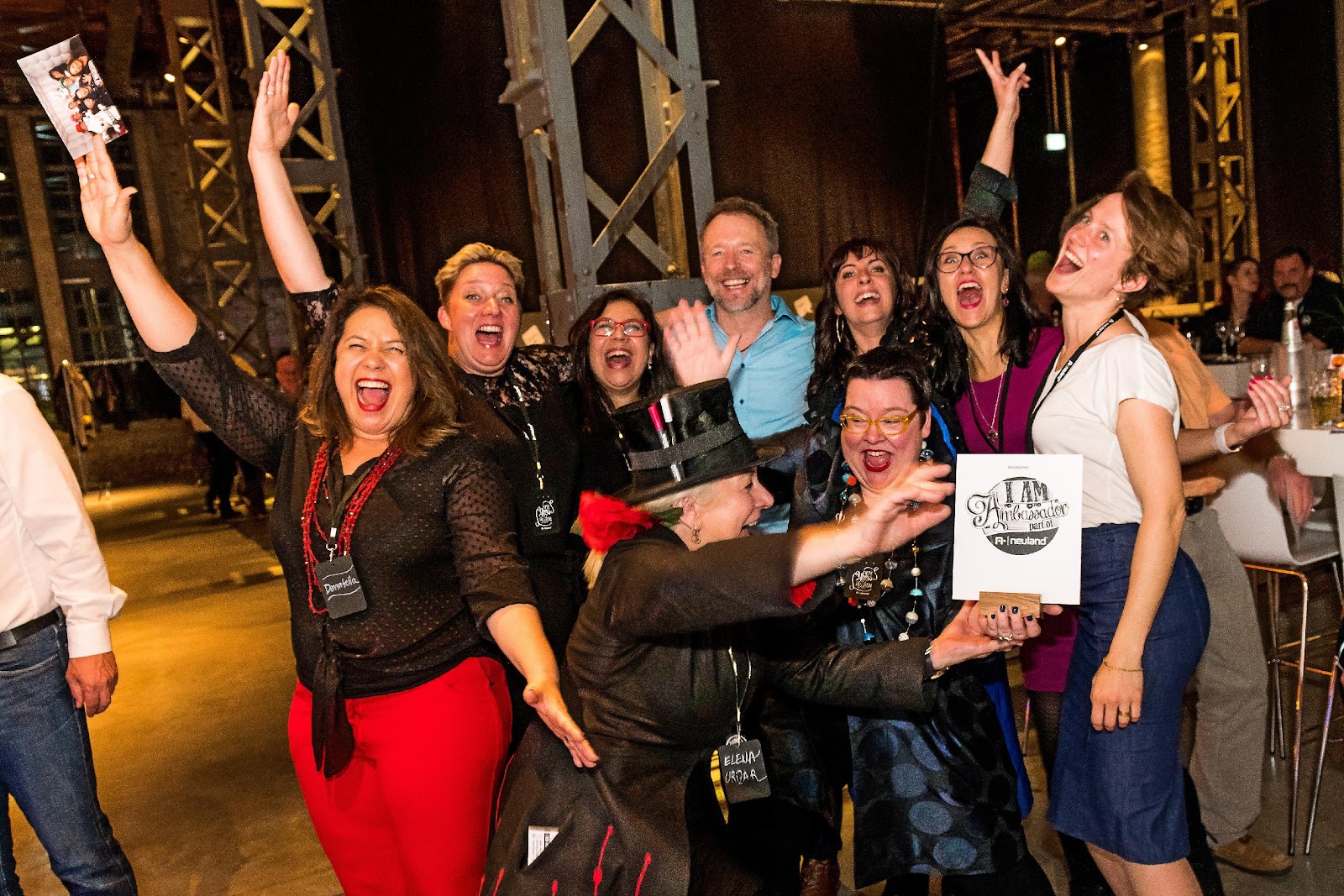